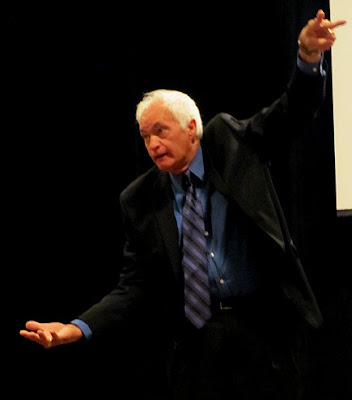 This morning I heard Dr. Lowell Catlett speak about future trends. As an economist he spoke at length about the economy and how things are in much better shape than our commonly held beliefs would indicate.

What I found most interesting was his discussion regarding the generational differences between his age group (solidly baby boomer) and his parents' generation. He pointed out how his father lived through the Great Depression and it affected him because he was always on Maslow's lower level in the Hierarchy of needs - basic needs. 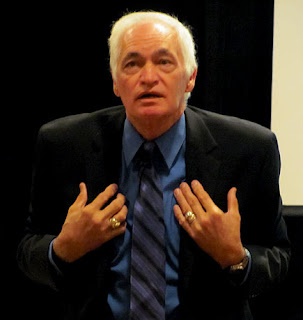 By contrast, Catlett's generation was able to dream more because their parents had provided for all their basic needs. He said he heard the talk about the rough times, but he didn't live them. He pointed out that the later generations haven't even heard the stories.

He used multiple examples to illustrate his points, but one that really struck me was when he was speaking about his father's generation and said, "These people would not plow down 20 acres of corn in a 100 acre corn field and call it a corn maze."

He got a laugh out of that, but it's so very true. The older generation would view corn as food. Later ones view it as potential entertainment. Baby boomers list entertainment as one of the things they're most willing to spend money on.

"Agriculture is the new golf," he said, as he talked about how many people want a farm as a recreational outlet. He mentioned horses as an example of how our attitudes have changed. In 1890 we had 6.9 million horses and they were working - pulling buggies, plows, etc. Today we have 9.3 million horses and we pull them up and down the road in trailers. We also spent 30 billion dollars on vet care for horses last year. They're ridden an average of twice a year.

Dr. Catlett pointed out the distinction between generations by saying, "What was a luxury to one generation becomes a necessity to the next." Once we go up on the hierarchy of needs, we don't want to come back down. He used an example that 95% of baby boomers grew up sharing a bedroom and a bath. But 95% of the millenials have never shared either. 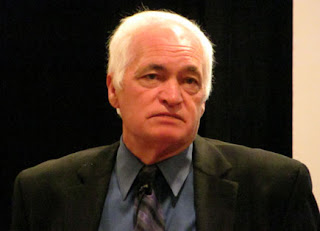 Many, many facts were offered - some fascinating. One I found startling was that between now and 2014, someone will turn 50 years old every 6.8 seconds. He talked about various kinds of assisted living care and how what older generations have considered acceptable will not be acceptable to baby boomers. As he summed it up, "I don't want to die in a semi-private room, looking at an orange plastic chair, and listening to my roommate snore."

It was a fascinating presentation.
Posted by Patsy Terrell at 10:14 PM 2 comments: