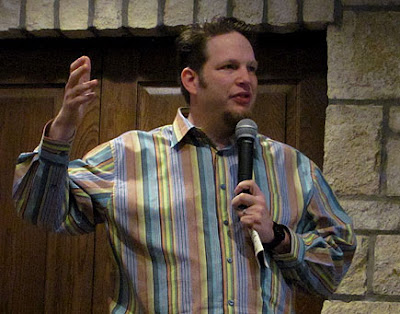 I spent the day at Free State Social in Lawrence, Kansas, listening to people like Chris Brogan talk about social media. It was cool to get to meet other people who are interested in these tools, and hear some of the well known folks in the field share their thoughts.

Chris Brogan started off the day. As you might expect if you read his blog or follow him on Twitter, it was fun and insightful. He made a number of cultural references that only geeks would know. I resisted the urge to give him the "Live Long and Prosper" sign during his speech. I saved it until later.

There are only three folks here from Hutchinson, I think - Jill, Jessica and me. Jill and I oculdn't resist asking Chris to take a photo with us. And, yes, we know it's cheesy, but it's fun. Fortunately, he gets the fun aspect of it. 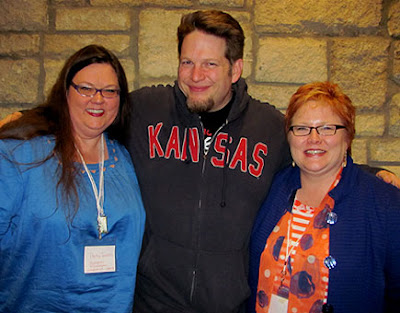 Once I have time to go over my notes I'll share something more substantive about the day. But you know I can't resist sharing fun with you nearly as soon as it happens so had to post our photo.

Ironically, I didn't post much to Twitter or Facebook today as the conference about using things like Twitter and Facebook was going on. I wanted to focus on my note taking. I was even doing that the old fashioned way - and I don't mean on a laptop instead of an iPad - I was using pen and paper.

Although I'm a huge fan of new media, it's hard to beat the simplicity of pen and paper. Chris Brogan referred to his notes today as his "personal analog device." I like that. 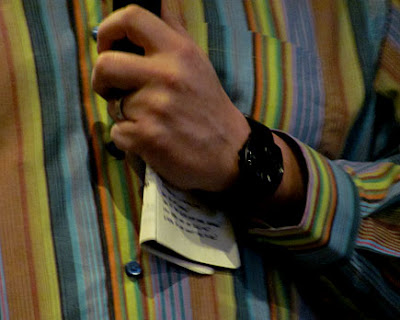